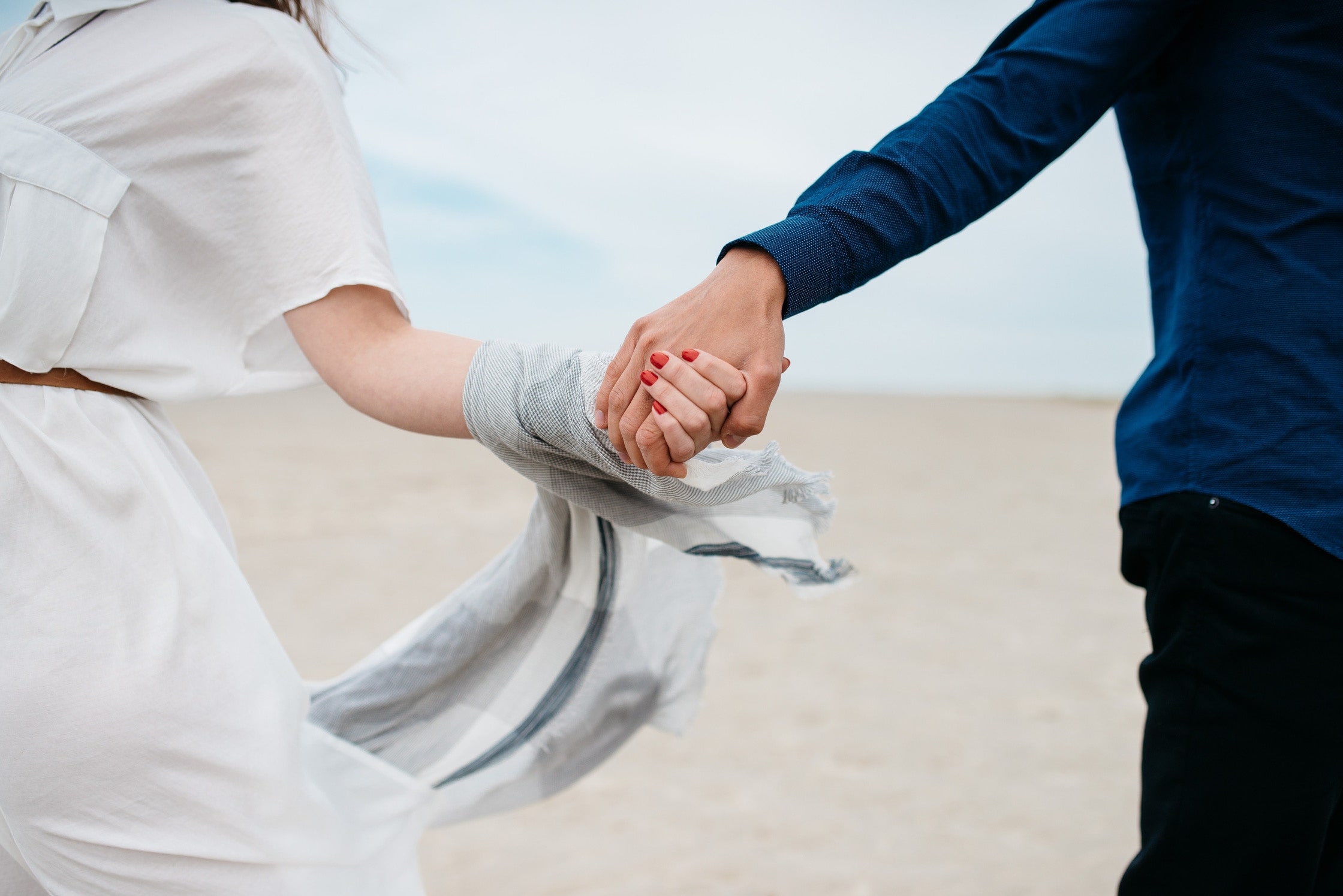 Every marriage is bound to have fights, but there is a huge difference between “fighting fair” and fighting dirty. Here are some simple principles to help keep your arguments fair, productive, and healthy. Get the Free Printable PDF Now

Eventually every marriage is bound to have fights, hard discussions, or moments you'd rather not relive.

Not only is this perfectly normal, but it's actually incredibly healthy to are disagreements or differences of opinion every once in a while.   If you're absorbing all the shock of all your little squabbles for the sake of not fighting, you're both going to end up filled with an unhealthy level of resentment.

However, there is a huge difference between “fighting fair” and fighting dirty.

Even though sometimes you might fantasize about going on an all-out warpath against your spouse, unless you're truly ready to dissolve your marriage it's probably best to try and fight in a way that's actually productive and will make you stronger as a couple.

(Even if you are ready to call it quits, it’s probably better to consult womansdivorce.com, bikellaw.com, or divorce.legalzoom.com instead of starting an all-out war with your spouse.)

So how do you “fight fair” then?

Here are some simple principles to help your arguments stay fair, productive, and not go to the “personal attack” place.

Whatever you are fighting about, it is most likely an issue that has brought it on, not your partner as a human being.

Even if they've done something that irritated you, it is most likely that you dislike their behavior rather than their character as a whole.

One of the biggest rules of “fighting fair”  is that you have to try to attack an issue, a specific problem, or a specific behavior without attaching it to your spouse's personality, character, or identity.

The level of success in keeping things impersonal is actually one of four key predictors of divorce, according to John Gottman, one of the most highly-qualified marriage researchers in modern history.

I know as well as anyone the temptation to think that everything is horrible the second one thing goes wrong.

This tendency is neither productive nor helpful, and it's not even always accurate. When you're having a “hard conversation” with your spouse, try to keep things positive.

My dad has a parenting rule that you are supposed to say ten positive things for each one negative thing you say to a child.   This way you are free to criticize and correct to your heart's content, but you have to keep it in such a balance that you don't damage their self esteem in the process.

As hard as it sounds, I would use a similar principle when having challenging conversations with your spouse. You don't necessarily need to use a 10 to 1 ratio, but make sure you bring up things that are going well alongside the things that are not.

This practice makes it less likely that your spouse will see it as an attack or a threat that the world is going to end, and more like constructive criticism that you guys can work on.

P.S. This also goes with the time you spend with your spouse. If 90% of the time you actually get with your spouse you end up fighting, something needs to change. You need to put some fuel in your marital gas tank.  Try to start exploring together, a weekly breakfast  date in your house before your kids get up, or find some other nonlinear way to spend positive time together so that you don't spend all or most of your couple time fighting.

Rule #3:  Trying to Fight About One Thing at a Time

It can be incredibly tempting to bring out a huge laundry list of complaints the second your spouse opens the dialog about something.

“Oh you want to talk about me not finishing putting away the laundry?”

“You might want to take a seat.  This could be a while.”

When you are already in the middle of a fight or discussion, try to keep in mind too that your only job at that moment is to resolve that specific issue. Even if it relates to other issues you have, even if it's tempting to bring up other things to even the score, you're only talking about that one thing.

Bringing up other fights will only leave you guys in a weird conversational circle and end up frustrating everyone involved.

If you have to, bring a pen and paper and literally right down the other fights that reminds you to have if that's what is necessary to keep yourself within the boundaries of the topic at hand.

(Yes, your spouse might ask why you're writing things down, but once you explain I'm sure they will appreciate your restraint.)

Rule #4:  Communicate Your Perspective, but Phrase it As Such

It is important that your spouse knows what you were thinking.

As is my husband is often forced to remind me, most men are not blessed with the gift of mind reading. In order for them to know what we're thinking, we usually have to tell them.

As such, it is really important for you to communicate your perspective. Your partner probably does genuinely want to know what you're thinking, why you feel the way you do, and what information you have they don't.

However, there are certain rules for freezing things when it comes to “fighting fair”.  The most important one here is that when you are communicating your perspective, make sure you let them know that it is your opinion and your viewpoint on things.

Phrasing things so as to highlight that it’s your opinion is good for two reasons.  First, it helps your spouse know that you aren’t arguing about ‘objective reality’ (if that exists) and that you are just trying to share your feelings.  Second, you can’t argue with a person about their feelings (because everyone is entitled to their feelings) and you can’t blame a person for their feelings.  (This gives you an extra layer of protection against escalation of the argument.)

This one is pretty obvious, but it needs to be mentioned that “fair fighting” arguments should be had at a normal volume and with as little sarcasm as possible.

This can be hard to abide in the heat of the moment, but the better you can control yourself the better it will be for you and your marriage in the long run.

Very few things in life are black and white.

(Except zebras...which almost always are.)

When you trying to fight fair, avoid words like “always” and “never”. The same can go for “all the time”, “constantly”, and other phrases that leave little room for grey area.

I know it’s hard, but when you feel the urge to use one of these extreme words, take it as a sign that you need to dig a little deeper for a more accurate description of when the problem happens.

Rule #7:  Ask Follow Up Questions (and Listen to the Answers)

A lot of times during a fight people are fighting for talk time, which means there is a lot of talking over each other and interrupting. There is no time limit on your argument, so try being actually silent for a bit, listening to everything your spouse has to say, and when they actually stop talking of their own volition then you can respond.

If you have questions, ask them to elaborate on things.

Not only will this help them feel heard, but it might actually give you important information you need to solve the problem

If you can find things to agree upon even during an argument, it is going to make both of you calm down a little bit more and be able to discuss things rationally.

Intentionally focus on trying to find common ground while you and your spouse are talking.

If you can use the basic “I agree with ______ but I still have questions about ______” it will shock you how much easier arguments go.

Rule #9:  Know When to Stop Fighting

Sometimes stuff isn’t going to get resolved in one discussion.

If you find yourselves going in circles, if one of you is starting to get too frustrated, or if you keep lapsing into one of one of your ongoing fights (you know, the ones that have been going on for years), it might be smarter to peacefully decide to postpone the rest of your conversation until a later date.

This doesn’t mean you’re surrendering and your marriage isn’t “failing”, it just means you aren’t prioritizing one fight over the health of your marriage.

The last thing you want after a fight is to come back and have the same one all over again in a few days.

After you come to a conclusion, try to summarize what result or outcome you two achieved so that you make sure both partners understand what happened.  You can use language like this:

You have to make sure you use language that doesn’t re-start the fight, but it’s important for both partners to know what outcome was achieved and what their “marching orders” are.

Do you have any advice or helpful ways to fight fair? Please share them in the comments section below.

Get the Free Printable PDF Now 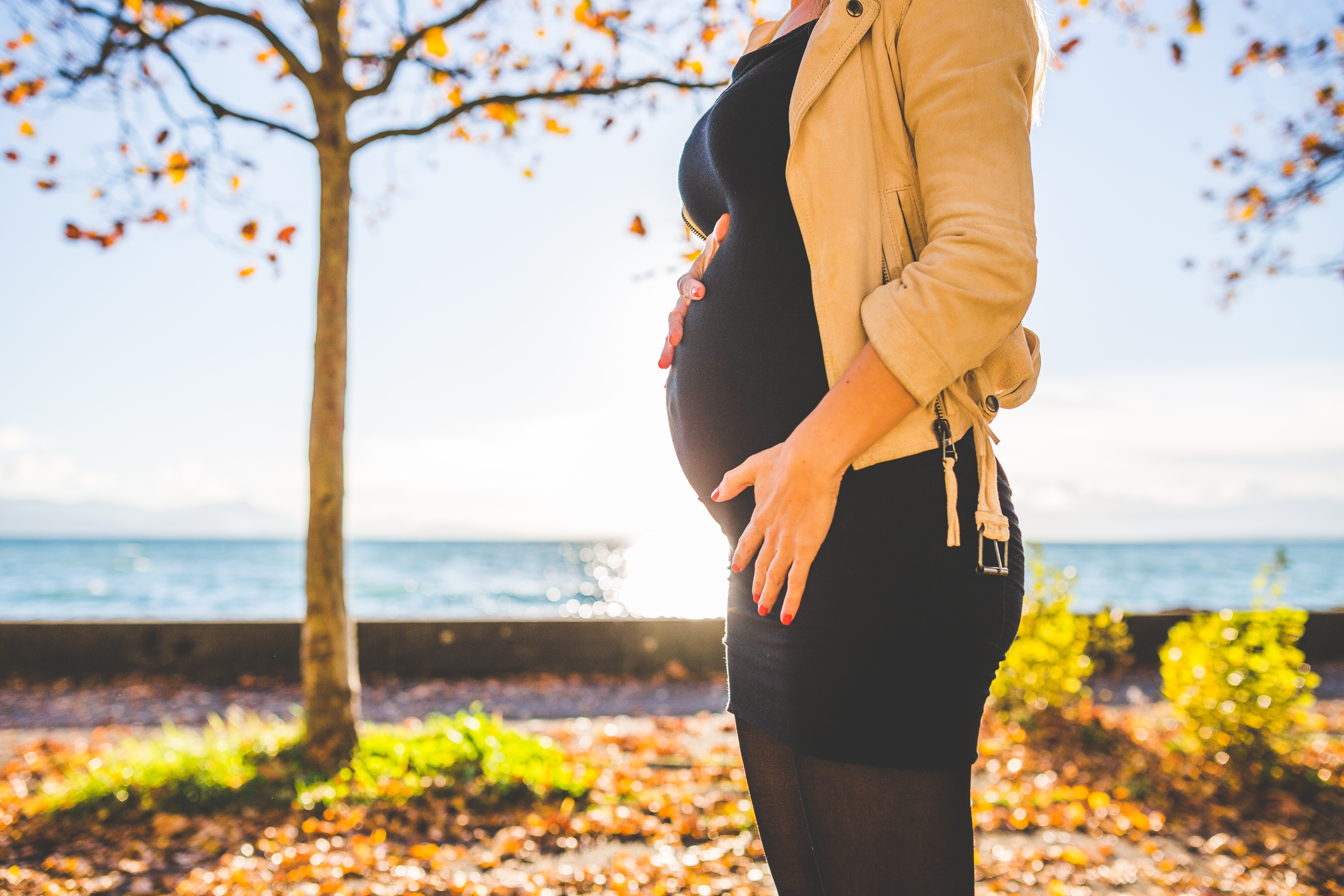 They say it takes a village to raise a child, but you need to find these village members long before your due date.
Read More... 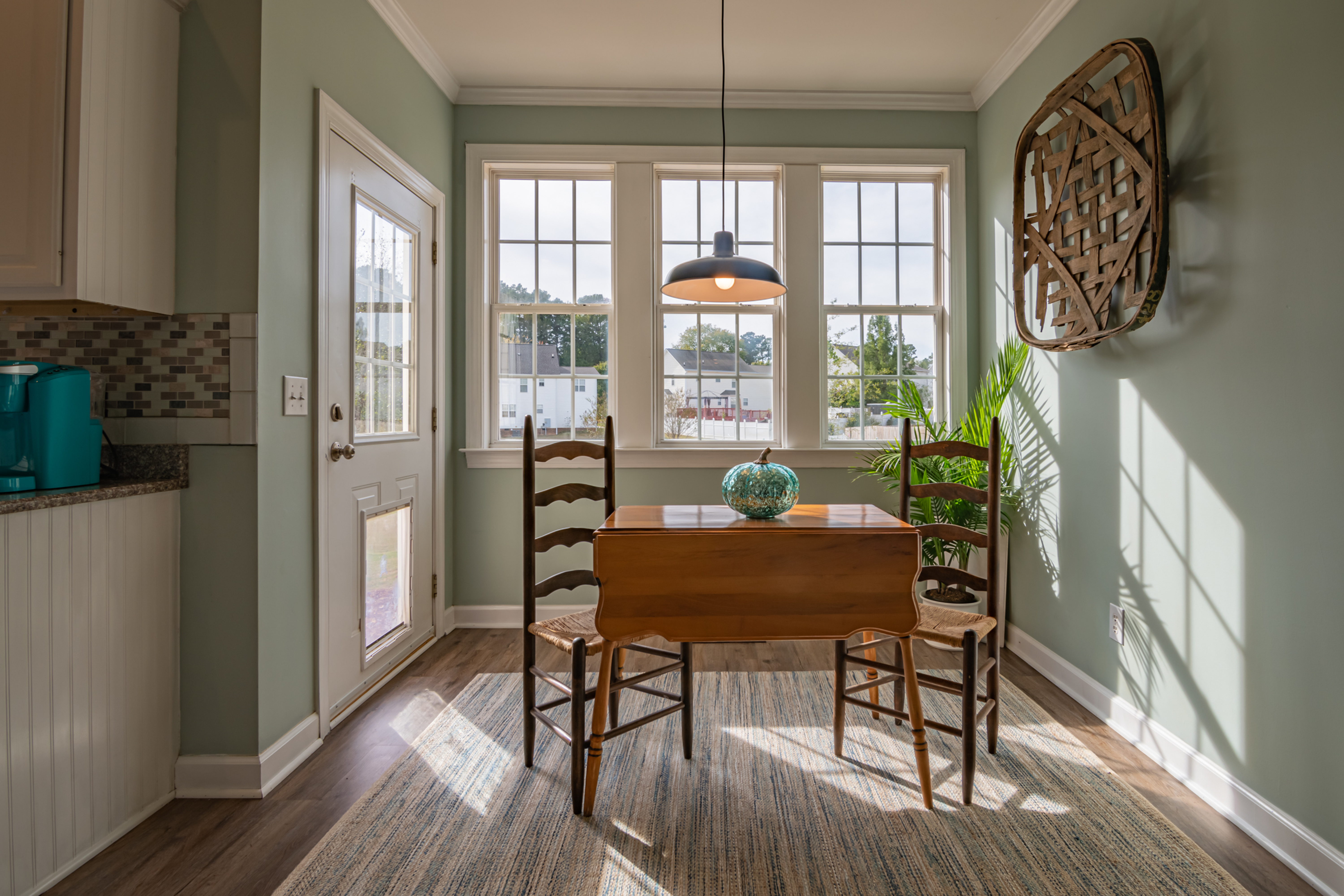 Top Tips For Selling Your Home

If you are looking to sell your home we have put together some top tips for you to try in order to succeed.
Read More... 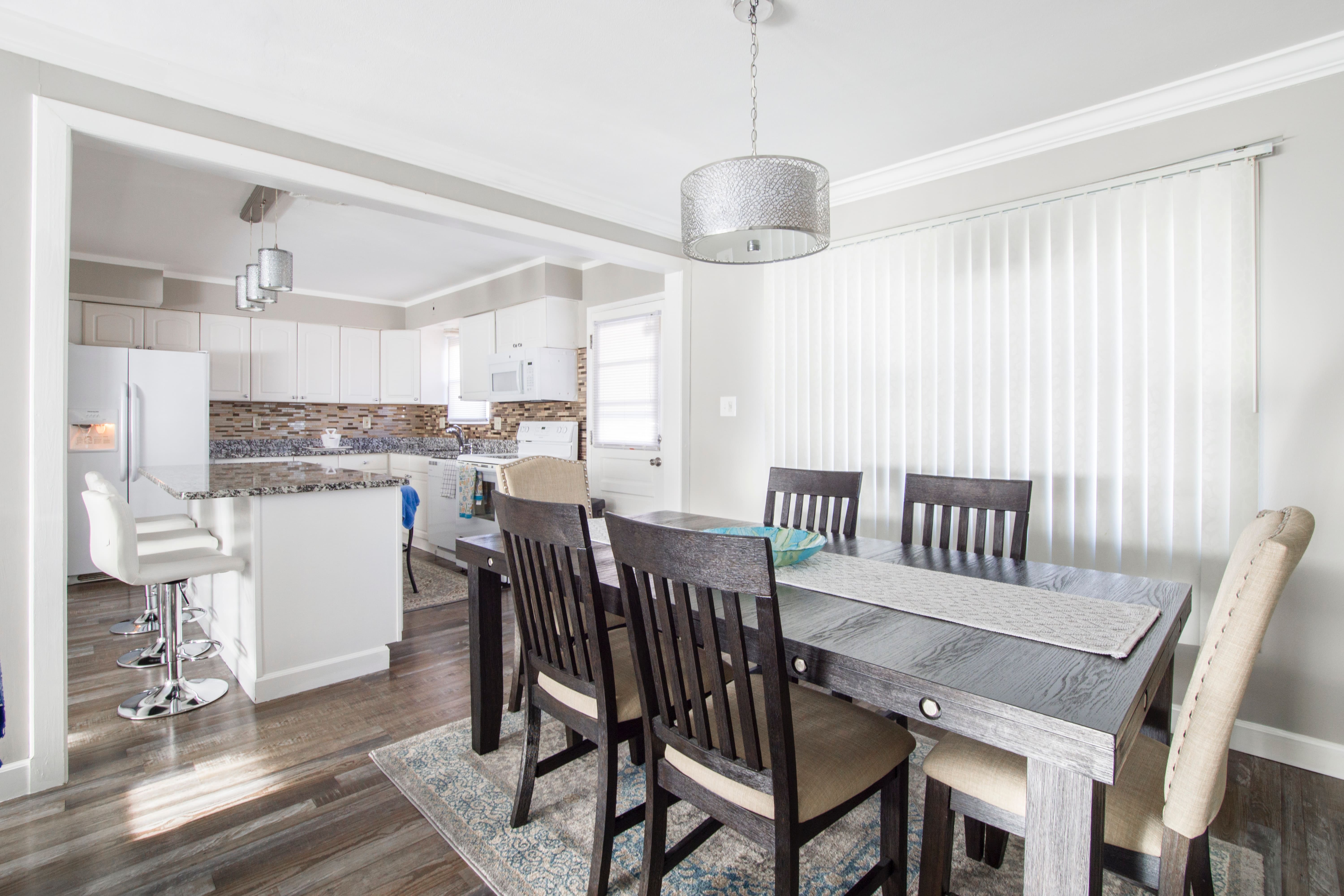 How to Keep Your House from Feeling Dated

All houses do start feeling dated after a while. Here are the best tips I’ve run across to keep your house from starting to feel old.
Read More... Liz (or Dr. Mommy, as her toddler started calling her after learning what a PhD was) is the happily sleep-deprived mom of a toddler (and professional raccoon noise impersonator), a sparkle-clad kidnado, a teenage stepdaughter, 200 cumulative pounds of dog, and herd of dustbunnies (if daily vacuuming doesn't occur). During nights and naptimes, she uses her PhD in business psychology as an author, speaker, and consultant. She also serves as an executive and principal for three companies, two of which she co-founded with her very patient (and equally exhausted) husband.