We've all been there. Kids shows are horrible. The tiny humans love them, but they drive us normal-sized humans absolutely crazy. Here's a roundup of shows that kids will like, but won't make you want to "matar" Dora the Explorer. This blog post dedicated to the victims of children’s television shows everywhere.  You know who you are.  You are not alone.

After a certain number of Disney shows a parent begins having a certain set of thoughts.  I’m not going to say “homicidal”, per se, but I know I’ve had fantasies about throwing SpongeBob down a garbage disposal…
I have no problem with Disney as an entity (even though, by some reports, good ole Walt had some pretty shady stuff going on), but some of the television shows geared towards today’s youth are pretty grating on the nerves.  Characters with high pitched voices singing all-too-frequent musical numbers, catch phrases whose annoyingness only rivals their catchiness, plot lines that make you want to scream at the television, and stereotypical characters so extreme in their archetype that you wince when your kid starts imitating their behaviors…you have now entered the world of children’s television.

In our family, we try to limit TV time to meals only.  Our kids (well, the 10 year old now and the 5 month old who will have the same rules once she’s old enough) have “the list” they have to complete before they do anything that involves a screen (read: phone, ipad, or tv).  This list includes basic chores (fill up the dogs’ and bunny’s water bowls), finishing any homework that is due the next day, making sure their room is clean, practicing piano, and 30 minutes of reading.

It’s not actually that time consuming (on the rare occasions of actual focus “the list” in its entirety takes about an hour), but usually with time added for procrastination it keeps her busy from the end of whatever after-school extracurriculars she has until dinner, rendering dinner time and TV time pretty much the same thing.

This is great because I feel good about not letting her plunk down in front of the TV to let her brain rot.  HOWEVER, it also means any television she wants to watch, we have to watch as well.  Similarly, any TV we want to watch has to be “kid friendly”.

(Well, I guess we could use Criminal Minds as a punishment for poor test grades, but I don’t fancy having her sleeping in our bed until she’s 16, so we’ll stick with “kid friendly”…)

We started out playing a game called “least objectionable kid show roulette”.  This entailed our daughter picking a show and us all three (now four) watching it until we had an objection.  My husband usually taps out pretty quickly when characters start to sing on a regular basis.  My objections were often shows that featured female characters that only focused on fashion, boys, how they looked, the social drama involved in their friend group, and who couldn’t seem to do a thing for themselves without the help of a male character.

I’m not usually a huge “feminist”, but look at Sharpay Evans or other female characters on kids’ TV shows and ask yourself if they’re good role models for an impressionable young girl.  I always imitated my “TV friends” when I was little (and when I was in college), they just happened to be CJ Cregg or Sydney Bristow because my parents took the “inappropriate inaschmopriate” approach to television with me.  Anyway, I’ll be damned if my girls end up caring more about their nail polish than their grades, but that’s a different soapbox for a different day.

Anyway, when we kept struggling for kids’ television shows that didn’t make us want to stoop to violence, we decided to take a whack at carefully-censored adult television.  This led to a marvelous discovery: we could use television as a sneaky way of brainwashing our kids!

Before you go running to the authorities, let me explain.

Every parent knows that you have things you’re “working on” with your kids.  Maybe you’re trying to get them to like school more, maybe they need to be more athletic, maybe they need to care more about their grades than their hair…all valid struggles.  You tackle one issue over a period of months, usually by a well-intentioned yet poorly-received schedule of systematic nagging and “talks” that are just as uncomfortable for you as they are for the kids.

What we discovered was that, by systematically picking television shows, we could subtly manipulate…I mean parentally guide… our kids in the right direction.  Here are some shows we stumbled on and how they affected our brood:

Shows like these have a few touchy issues to discuss (occasional references to sex in BBT, a gay couple in MF, etc.) and episodes to skip, but overall we found it a great way to provoke discussion.  In Modern Family there are six kids who, amongst the various families, encompass pretty much every behavior you are trying either to encourage or discourage in your kids.  Want your kid to try harder at school?  You can now compliment Alex’s studiousness every night over your spaghetti.  Want your teenage girl to be less ditsy and appearance-focused?  You can now skip the 20-minute lecture on how what’s on the inside matters more than your hair and just say “Uh oh, stop being Haley!”.  (This is usually met with giggles instead of groans.)

Big Bang Theory is great because it actually idealizes the giant nerds and stigmatizes the dumb, stereotypical characters.  My little mamma heart burst with pride when my daughter developed a fondness for Sheldon and started making fun of the side characters who knew more about the Kardashians than the periodic table.

Shows like Blackish and Fresh Off the Boat are wonderful because they feature normal families (complete with kids) just like yours, but with the twist of a specific culture.  Some of the episodes might require explanations of certain cultural stereotypes, but something about the fact that some of the main characters were children made my kids immediately gravitate towards these shows, even though they're technically meant for adults.

There are occasional themes that are more adult, but nothing that would scar a child for life.  Actually, I’m a huge fan of bringing up slightly taboo topics for the first time in my presence so that I can be the one to frame my kid’s mental concept of issues that are eventually bound to be talked about with their friends anyway.

Shows Like: Are You Smarter Than a Fifth Grader

We actually discovered this one when our oldest daughter was in fifth grade, and she really enjoyed it because she interpreted the title to be “Adults That Are Dumber Than Me”, which she found enchanting.  Anyhow, this was fun because we got to guess the answers to questions along with the TV.  In one episode she even paused the show to go get scratch paper so she could do out one of the math questions.  Yes, you read that right.  Television made my child voluntarily do math.

These are fun because you get to talk over them a majority of the time, which enables you to sneakily create actual family interaction.  The first time we watched American Ninja Warrior our daughter actually left her cell phone at the table, moved over to the couch, and we all watched the remainder of the episode together WITHOUT MULTITASKING.  It was unprecedented and amazing.  If you want your kids to sound like hardened football fans in the fourth quarter of an important game (read: talking to and occasionally yelling at the tiny people in the TV that can totally hear their advice no matter what you say), this is the genre for you.
Added bonus: if you have kids that aren’t as athletic or motivated as you wish they would be, this show makes the entire family feel like heading to the gym.  You’re welcome.

Practical Note:  All of these shows are on Hulu (except for maybe Big Bang Theory) and therefore backlogs of a few seasons each can be perused on any computer or Apple TV.

Overall, we have actually had about a year of children’s-televison-free dinners and I, for one, have enjoyed every second of it.  These shows might not work for every family, but there is hope out there.
So for all of you who are rifling through their Spanish-English dictionaries trying to figure out how to say “kill Dora” en Español, try out some of these guys before you snap and hurt someone. 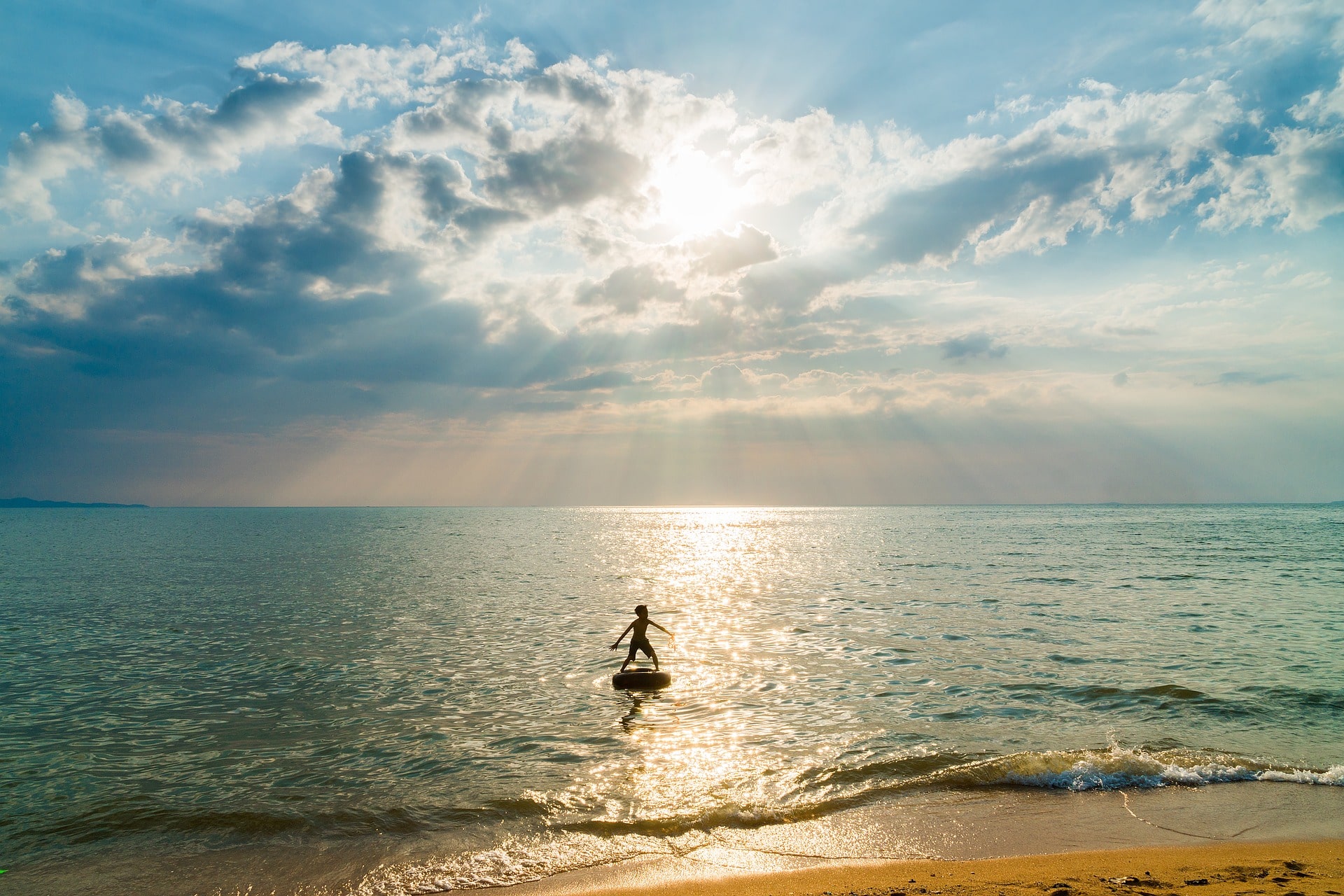 How to Make School Breaks Fun (for Kids and Moms)

The words "week off from school" fill any mom's heart with dread. Here's how to ensure your littles have a good time without Mama going absolutely crazy as well. Read More... 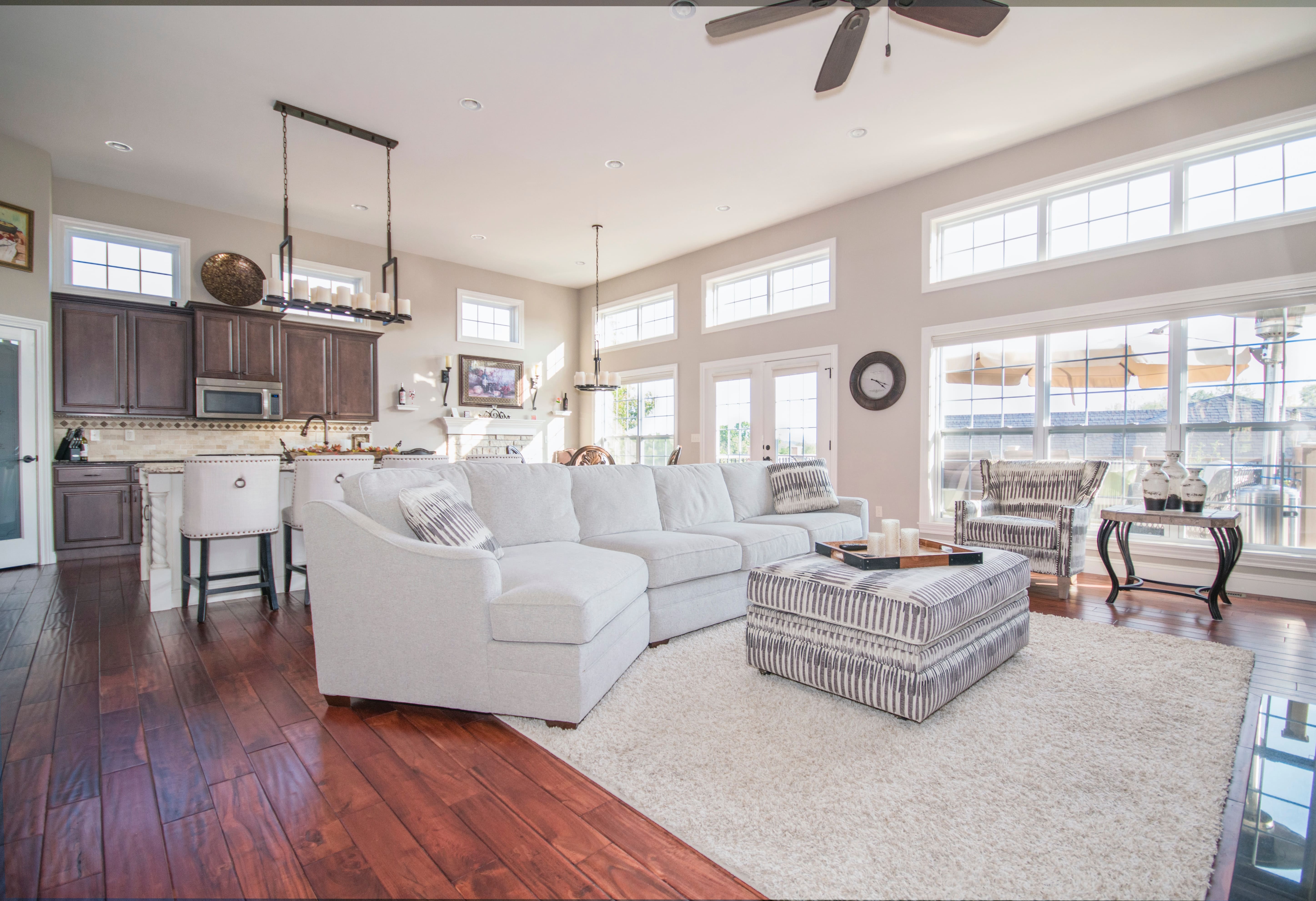 Keeping the house clean can be very difficult. If you have kids, it can feel downright impossible. Fortunately, just by teaching your kids a few simple rules you can actually cut down on a huge amount of the clutter that is created on a daily basis. Read More... 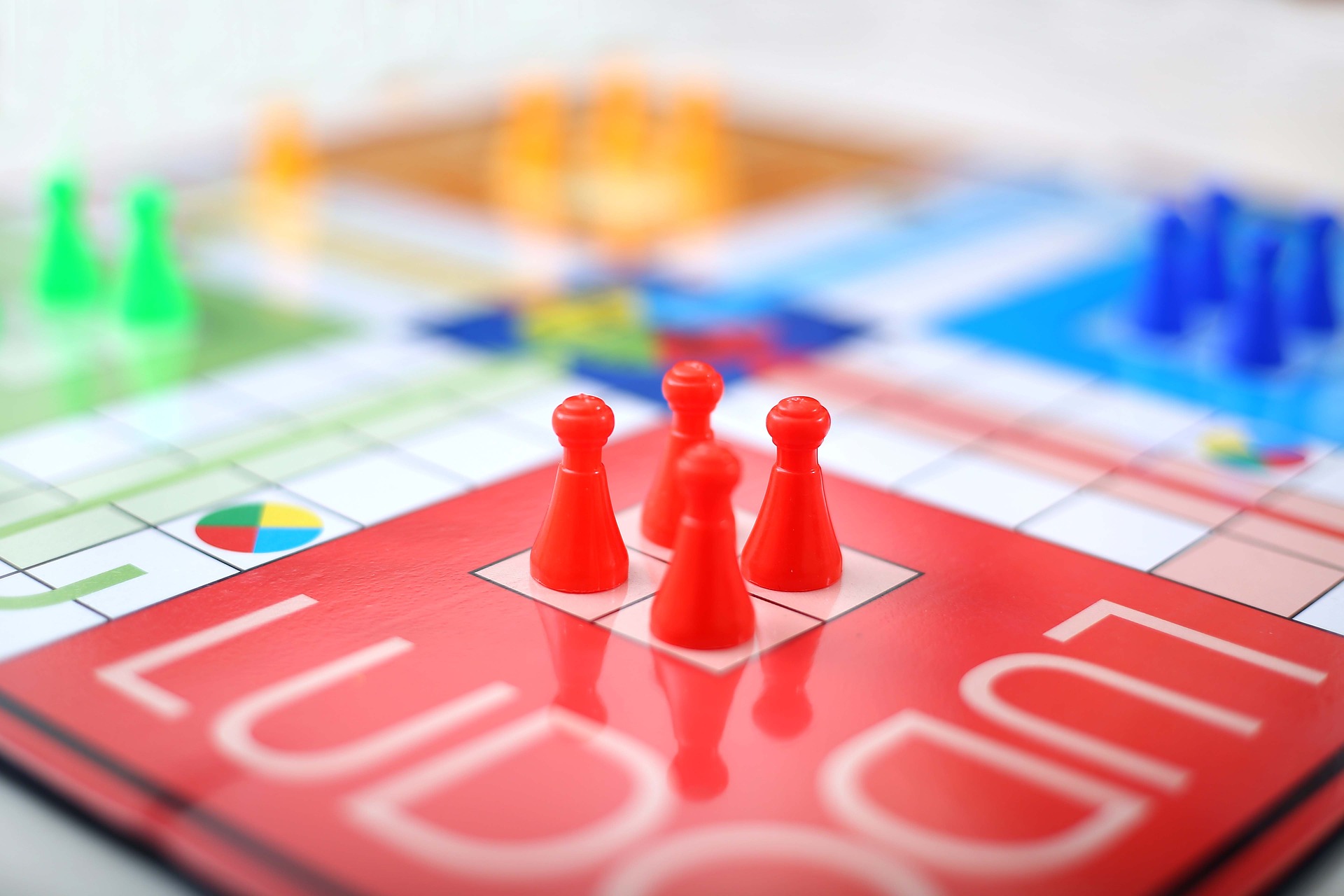 Quality family time is one of the happiest things on earth. However, trying to organize it is one of the most hellish experiences in this thing we call parenting. Here are 5 low-effort, high-reward ideas for fun family activities. Read More... 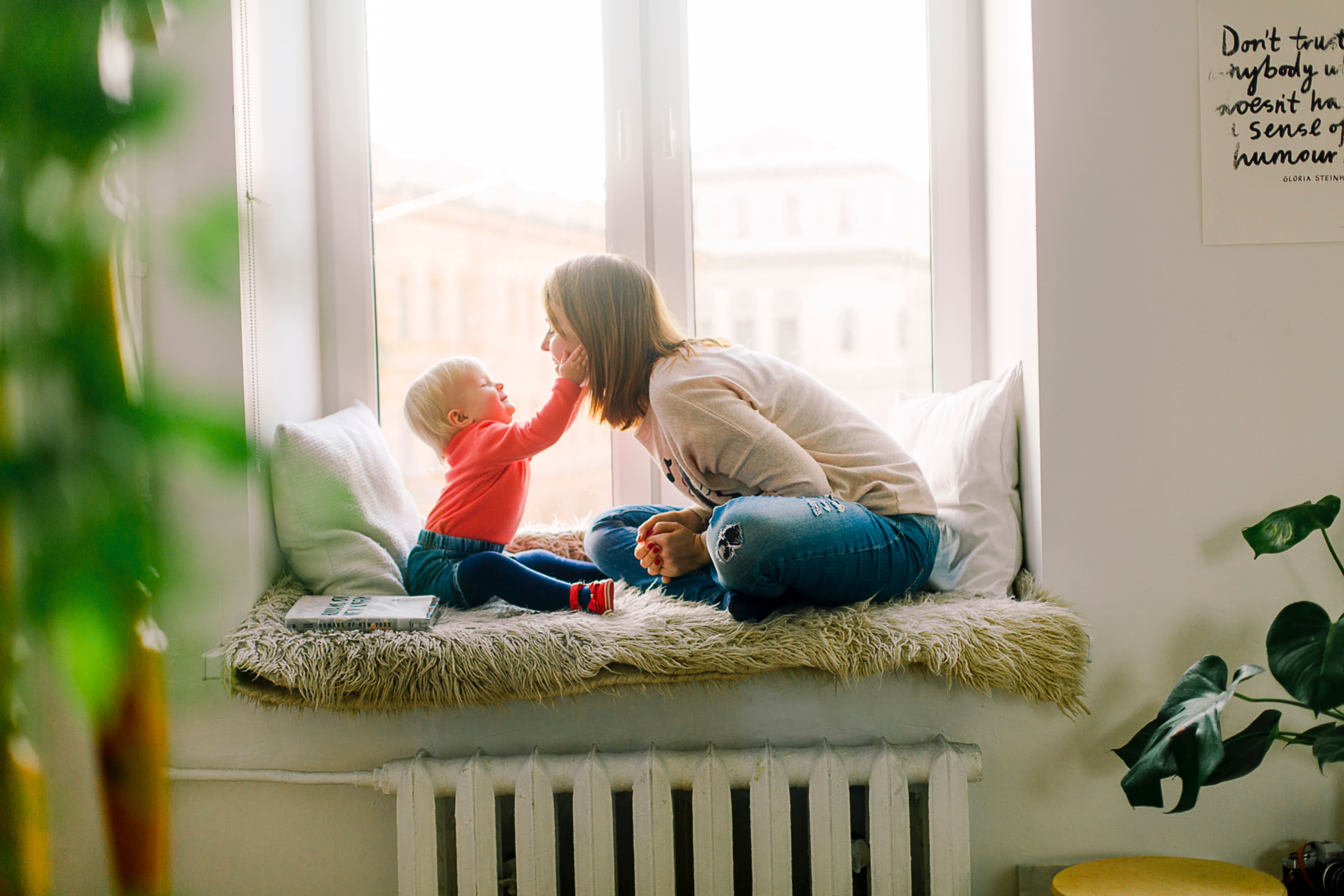 How to Reduce Chaos in Your Home

As a mom, it's your happy job to make sure your household atmosphere is as peaceful and un-chaotic as possible. Here are some solid tips for some things that are guaranteed to at least make a noticeable difference in the levels of chaos in your home. Read More...